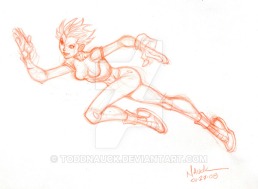 How old do you have to be before you are too old to run away?  Well, don’t ask me.  I was born with the urge to run away and I have a feeling I shall die wanting to run.  It’s in my DNA.

I think it might have something to do with my immigrant grandparentage. “The Cossacks are coming!  Everyone out of the shtetl.”  That’s another Blah Blah Blog.

With this election there has been a lot of talk,”If so and so is elected I am leaving the country”.  I sympathize.  Interesting though, wherever I run I take me with me.

My first adult run away was in 1996.  I was 63.  I was divorced.  That had happened years before.  As divorces go, it was not acrimonious.  We were married 27 years.  The “use by” date on the marriage had expired.  I am not being glib.  There was pain, disillusion, disappointment and most of all a surprising deep love.  I think most of us have learned, usually the hard way, that love is not all.

Then, I had a very intense love affair with a man for 13 years and in 1991, after a long illness in which I was his caretaker, he passed away.  Why didn’t we ever marry?  I could try to give you an answer but since I make it up as I go along my answer would depend on which day you asked the question.  Relationships… can’t live with them, can’t live without them. The last year of his life was important as I was confronted with something that most of us do our best to avoid…Death!

And my most important urge to run came in 1996, when the last of my three daughters married.  I think it is only human as long as the child is not married you are still the “Mommy”.  You have some place to go, something to do, and mostly something to say.  Empty nest? Shmempty-nest!  That too is another blog.

The divorce, the death, the last one married – it was time to run away.  With the help of friends, I rented a house for the month of August in Gascony (Southwest France) and a flat in London for September.  Did I want to be an American in France or an American in England?  Wherever I went, it was clear, I was always going to be an American.  I ask too many questions.  I am too direct.  I am emotional.  I explain how I feel.  Years of therapy can do wonders in some places and make you a pariah in others.

I loved my time in France and on August 31st as I was flying from Toulouse to London, Princess Diana’s car crashed and all in the car died.  I arrived in London as Princess Diana’s death rivaled coronations, weddings, and Edward’s giving up the throne for the woman he loved.

As an American, I watched as a country we think of as quiet and reserved, erupted into an emotional frenzy.  I began to keep a diary.

It is now 20 years later,  I am still divorced, without male accoutrement, all daughters still married with children.  And, TADA!! I’M STILL HERE!

In a recent move, I found the diary.  Moving has to be good for something.  I read it.  Don’t ask me how… yet… but the Princess Diana tragedy was strangely linked with my own journey.  I am still trying to puzzle out just what that connection was and is.

So what has this Blah-Blah to do with the title:  The Road Less Traveled aka Life Without A GPS?  Well, my dears, I am going to take the time to edit and write this story and what form it will take, I know not.  The road is unfamiliar and unknown.  I want to give it my full focus and attention.  This means I am going to step away from performing my shows, dare I say, “for now”.

I have been performing since I was in the womb.  My mother was exhausted after delivering.  It difficult for me to say this, but my performance at Edith Wharton’s The Mount in Lenox on May 12th is my final East Coast appearance.   (There’s a Santa Fe show in early September). 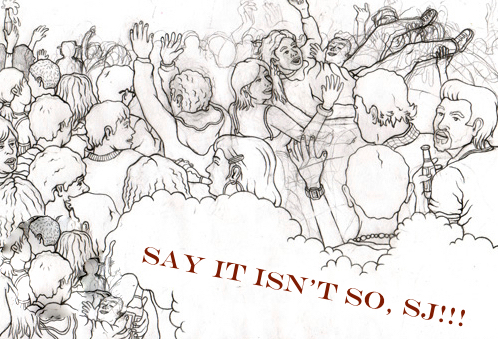 Please, no weeping and tearing of clothes.  As a Diva, I have the privilege of doing as many farewell performances as custom allows.

And I shall always be available for special weddings, funerals, Bar and Bat Mitzvahs.

In the mean time, I am waiting to hear from Donald Trump about doing a show for his final rant before he leaves the political arena….FOREVER…please!

P.S.  CD’s and DVD’s of past shows are available at a discount rate.  They are sold out on Amazon.